THE TRINITY OF BLOOD GODS

The three Blood God overlords of the Debauchery Universe are mighty dragons with demonic powers. They are Dracul Drakorgoth, Setekh Drakorgaur, and Balgeroth. Together, they are the Trinity of Blood Gods.

Dracul Drakorgoth was the first dragon forged in the holy fires of God to protect Eden, and he was also the first to fall to the lies of Hell’s demons. Dracul was subjugated by succubi and possessed by demons, but after millennia of pain and war he freed his draconic heart from the chains of imprisonment and sent it through a hellgate to earth. There, he was born again, ripping from the pale belly of a virgin to take his revenge. Dracul Drakorgoth is now a huge centauroid beast, his former demon-possessed body fused with the so called Debaucherynatrix Warmachine.

He is a primordial force of destruction, clad in biomechanical armour and driven by the power of his draconic heart. Dracul can still detach from his lower body, allowing the Debauchery Warmachine to fight on its own, driven only by the instinct to kill and inflict pain. Drakorgoth’s power grows stronger when he devours demons and wizards, but pays a heavy price of madness with each feast. Yet even amid the slaughter, there are times Drakorgoth finds peace, and slivers of the honourable warrior he once was can be glimpsed. But such moments are fleeting, and his self-loathing for what he has become and the memories of terrible deeds he has committed fills him with brutal, all-consuming rage.

At his side stands the Debauchery Legion; a host of madness incarnate, comprising ancient and mighty chaos dragons once possessed by succubi but who have cast off the yoke of their enslavement, Drakespawn offspring sired in acts of barbaric cruelty, draconic killerbeasts, hordes of human and elven slave warriors, enslaved vampire succubi, and Blood Babes.

Setekh Drakorgaur is the mightiest warmaster of the Legions of Balgeroth, known as the Red Dragon, the Blood God of Earth. He commands the Killerbeast Legion of Murderbrute Minotaurs from his throne upon the Black Ark, the mightiest Hellship of the Drakornaut Fleet. He is also the patron of livestock and beasts of all kind, fighting for animal liberation. His horde is animalistic, blood-crazed and only out for violence. Their war-cry is HATE! KILL! MURDER!

Balgeroth is the Bloodking of the Immortales Cruores and the ruler of Knochenheim, sometimes called the City of Bones. There, at its highest peak, stands his fortress: the Skull Mountain. He is the archenemy of the demonic legions and hates the Hellgod, Skrathnikar Luziferon, and his lying witches above all. He also despises humanity, elves and dwarfs, enslaving millions of them in his infernal legions. The armies of Balgeroth comprise many different Drakor Legions, militaristic hordes of mortal warriors, and Legions solely formed of bloodcrazed draconic killers. But the very worst of his legions are wrought in his laboratories of madness, horrors of draconic stock given shape from biomechanical parts, hellforged steel and demonic flesh. The stitched and chimeric Balgerothi Blood Gods wrought here are armed with deadly plasma and flame cannons to better slaughter their foes in the name of Balgeroth.

2004 DEBAUCHERY – Rage of the Bloodbeast

2007 DEBAUCHERY – Back in Blood Cover CD

2008 DEBAUCHERY – Rage of the Bloodbeast Re-Release with Bonus Tracks 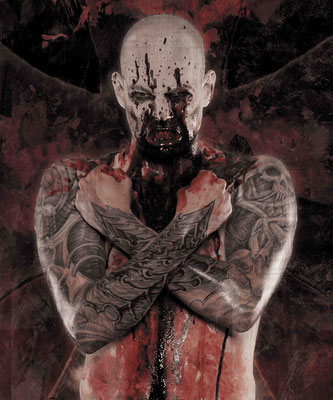 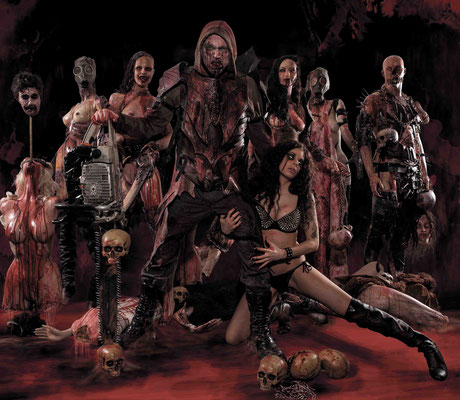 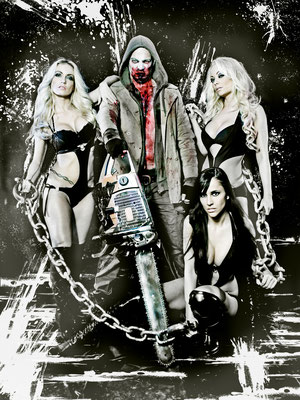 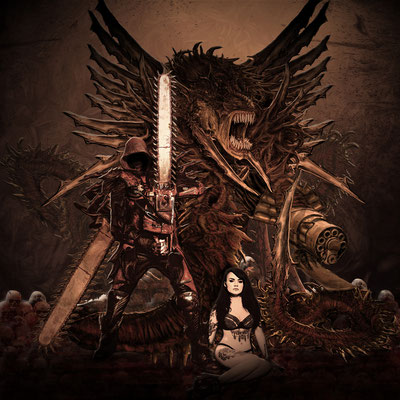